This is a weird one, you guys. Not in a deliberate, fun way. More in a… I-have-no-idea-what-the-director-was-thinking-half-the-time kind of way. I’m going to keep myself to the format I’ve been using for the most part and not get too far ahead of myself this time. I’ll just say this one might be a little less meaty than my usual review as I’m not sure how much I can say about this one. We’ll see what happens as I get further down this cuppa (Joe)…

Texarkana, Arkansas, 1946. Only eight months after WWII ended, a string of attacks and murders occur in the Arkansas side of Texarkana. Mostly young people ‘parking’ so they can get smooch-y. The killer wears a sackcloth over his face with (comically small) eyeholes cut out. Police almost catch him the second time but he gets away, so a Texas…

[ A TEAR IN THE VEIL gets another year’s end nod (among some other great writers and their works). ^_^ -pml ]

Now, I’ve never claimed to be a world champ reader. Truth is, i’m probably the world’s slowest reader. I have no shame at being slow, at least i’m reading, right? Any how. As we near the end of 2017, I thought it would be fun to share some of the books I’ve read throughout the year, not including some titles such as Salem’s Lot that I re-read every year. Being a fan of both fiction and non-fiction/history, you ought to find a great assortment here to look through. I’ve been trying to be more diverse in the genres I digest. Maybe that can be a goal for 2018, to read more of everything, not just horror. I’ll also include a short review of each book from myself. Well then, lets get this started shall we? 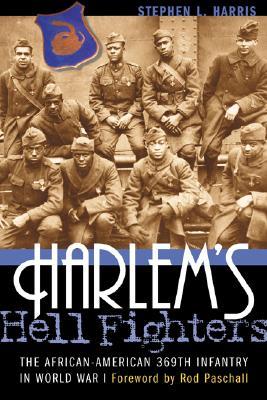 What a fantastic bit of history. Hard to…

[ My debut novel A TEAR IN THE VEIL gets an honorable mention in this Year’s Best list, and -I’m- honored to be mentioned in such talented company ( ^_^) -pml ]

This has been a busy year of books for me. Kicking things into high gear in order to finish my project on Stephen King has led to a grand total in the neighborhood of a hundred and eighty books. With this number in mind, even considering that many of those books were quite short, I feared it would prove to be too daunting of a task to choose a handful from such great work.

Still, just because a decision is hard doesn’t mean that we should shy away from it. After all, the artists who really went above and beyond in order to produce great work deserve recognition.

So, with that said, on with the show.

What Good Girls Do

I’m not sure if a book has ever affected me as much as this. And if that isn’t warning enough, this book should not be taken on lightly. This story…

I’d been meaning to check these films out on my own for a while and had a set in my amazon wishlist waiting and ready when I saw this title in the list of choices of films to review. I called dibs and went immediately to amazon to grab this. So, just so I’m clear on what I’m working with, the set I now have is the Blue Underground set of all four Blind Dead films (and that Ghost Galleon that popped off its holder in transit better be watchable when I get to it…) and there is a decent amount of conflicting information (hence, the 1971/2 up top). This film is generally referred to as Tombs of the Blind Dead, but the disc in this set has two versions of the film—the first one I watched, La Noche Del…

Okay, two things right out of the gate: this movie is terrible… but I’m going to explain to you why I feel (if you enjoy a certain level of badbad = goodgood) you should still watch it.

Also, it’s basically about mutant fish people raping women (when they aren’t killing everyone else to get to that) but seeing as how I highly doubt there are going to be humanoid fish people waddling out of the sea and actually raping anyone anytime soon, I’m not going to address that further in any serious way after this intro. I also won’t make a joke out of it, though, and you can call me what you like for that.

So back in the day, after his success fusing science fiction and horror with The Terminator (1984) and ALIENS (1986), James Cameron was shopping a treatment (not sure if it was one of his legendary ‘scriptments’) of his around Hollywood for a new original film called The Abyss. With these other two films under his belt—and possibly even his (false) start with Piranha Part Two: The Spawning (1981)—apparently several studios assumed he’d be using his vaguely revealed deep-sea setting to craft a horror film of some kind (or possibly knew it wouldn’t be, but made horror films anyway; but the assumption of horror was how it was told to me by an insider back in the dayday). While it was thrilling and suspenseful and had some spooky-ish setup moments, it was more of a survival action film driven ultimately by…

‘When Felix Brewer finally gets the video camera he has been coveting, he discovers a button on the lens housing that isn’t in the manual. Once that button is pressed, the viewfinder shows him glimpses of a nightmarish world living in symbiosis with ours, and reveals his girlfriend, Audrey, to be a frightening creature; her face a burning mass of melting light and distortion. Seemingly alone in his visions, Felix relies on the support of strangers both dubious and intriguing to make sense of it all… and hopefully protect him from the dark creatures that want to brutally silence him. Has Felix discovered a disturbing world no one else can see or is he barreling toward a tragic end through a haze of inherited insanity?

A TEAR in the VEIL – the stunning debut novel from Patrick Loveland.’

It’s been a long road… This novel is based on a screenplay I wrote over a decade ago now. I did many things after finishing said script, but after finishing my second screenplay (unrelated), I decided I was possibly cutting out more than just darlings to get my bigger stories down to acceptable screenplay page count. I decided to try out novel writing and adapted my first script into the longer, messier version of what’s readable here.

To nutshell the rest, dealings with April Moon Books (who will very soon have put out four of my published short stories, and the first three that were published at all) while struggling to get some published shorts out there were very positive and I realized that was where I should focus my efforts on getting this novel published.

And here we are. The jumping-off points for a lot of what’s in this ‘genre-bending’ story are personal, but mostly more as captured and re-processed emotions than many specifics. The rest is all in the interest of good old weird fun.

So happy to be a part of this TOC with my story, “Whoever Fights Monsters…” ^_^

For this book, we collected stories of monsters doing epic battle with other monsters! The beasts could be classical by design with a unique twist, or they could be spawned straight from the author’s imagination. The only rule: there must be a clear-cut winner at the end of each story; one of the creatures had to die!

Some of the stories in this collection pit a single monster against another, while others are all-out gang warfare. Some are campy, some serious, but all a fight for the ages!

It’s time to get your game face on for twelve tales worthy of the title Monster Brawl!

**No monsters were hurt in the writing of these stories**

Okay, so I was genuinely worried about this one. I’ve waited a long time for it, and I knew it could go either way—as the last film with a similar throwback to practical creature effects at its core and such I got attached to didn’t live up to my expectations. I won’t be unkind, but even with the best intentions all around, it was very much a letdown.

So, I’m relieved to say that—while not without its flaws—The Void more than delivered in the arenas I was most concerned about—atmosphere, scares, and messy, gruesome practical effects I could take seriously.

The flaws weren’t even glaring. The performances were good to great—the main villain wins just for his frequent perfectly done voice work after a certain point. The mains were strong, and I really enjoyed the main deputy actor. I think he was maybe the guy who died in the shower in the first Final Destination, but I’d have to check—and that goes against the forced spontaneity of this mini-impressions review series, right? ha

Some of the writing is trope-y as was expected but rarely dipped into the painfully cliche.

Atmosphere was very pleasantly reminiscent of a few things for me. The shrouded cultists really gave their understated all as something like the almost-ghostly gang members in the original Assault on Precinct 13 and more than provided enough motivation for the characters to stay in the increasingly weirder hospital. Obviously there were elements of  The Thing‘s loving approach to amorphous nastiness, as was expected and more than paid off. Also, I really enjoyed a great sequence with maximum gore and creature showpieces, one of which reminded me—in a good way—of one of the main loping monstrosities in a personal favorite Lovecraft film adaptation, The Resurrected—directed by Dan “ALIEN” O’Bannon himself, and an adaptation of The Case of Charles Dexter Ward.

I’d make a Baskin comparison as well, but I think they were produced in parallel, so I don’t think there was any actual influence. Could be wrong, I know. Either way, being able to compare something to Baskin at all is a compliment, I feel.

Also, what seemed to be an homage to The Beyond, which I loved.

And last thing I’ll say since these are just for first impressions is that I was very happy with it and want to watch it again without the anxiety of is-this-going-to-be-good-at-all? in my head.

If you were attracted to this specifically for its practical effects, grimness, and loving, deliberate Lovecraft fondness, I think you could do a looot worse than The Void.

P.S. My wife Vv says it reminds her of Beyond the Black Rainbow, aesthetically.

P.P.P.S. Also a good thing to be comparable to, in my opinion-ation