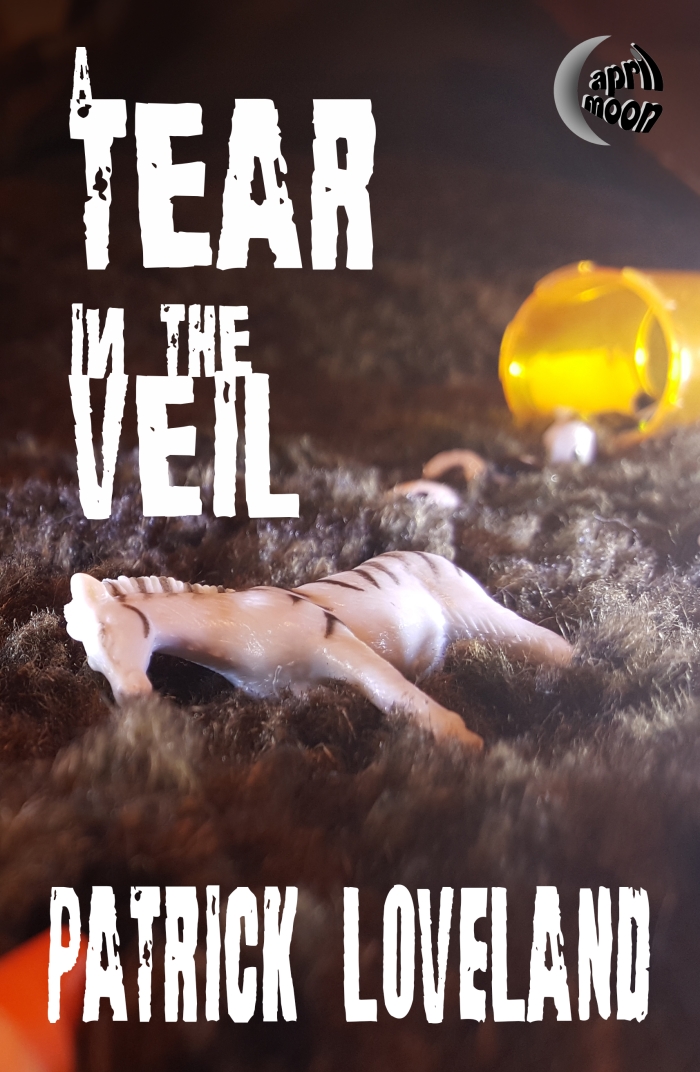 ‘When Felix Brewer finally gets the video camera he has been coveting, he discovers a button on the lens housing that isn’t in the manual. Once that button is pressed, the viewfinder shows him glimpses of a nightmarish world living in symbiosis with ours, and reveals his girlfriend, Audrey, to be a frightening creature; her face a burning mass of melting light and distortion. Seemingly alone in his visions, Felix relies on the support of strangers both dubious and intriguing to make sense of it all… and hopefully protect him from the dark creatures that want to brutally silence him. Has Felix discovered a disturbing world no one else can see or is he barreling toward a tragic end through a haze of inherited insanity?

A TEAR in the VEIL – the stunning debut novel from Patrick Loveland.’

It’s been a long road… This novel is based on a screenplay I wrote over a decade ago now. I did many things after finishing said script, but after finishing my second screenplay (unrelated), I decided I was possibly cutting out more than just darlings to get my bigger stories down to acceptable screenplay page count. I decided to try out novel writing and adapted my first script into the longer, messier version of what’s readable here.

To nutshell the rest, dealings with April Moon Books (who will very soon have put out four of my published short stories, and the first three that were published at all) while struggling to get some published shorts out there were very positive and I realized that was where I should focus my efforts on getting this novel published.

And here we are. The jumping-off points for a lot of what’s in this ‘genre-bending’ story are personal, but mostly more as captured and re-processed emotions than many specifics. The rest is all in the interest of good old weird fun.