Creature Features in Review: Humanoids from the Deep (1980) 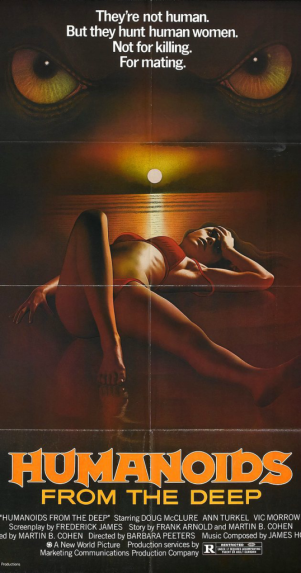 Okay, two things right out of the gate: this movie is terrible… but I’m going to explain to you why I feel (if you enjoy a certain level of badbad = goodgood) you should still watch it.

Also, it’s basically about mutant fish people raping women (when they aren’t killing everyone else to get to that) but seeing as how I highly doubt there are going to be humanoid fish people waddling out of the sea and actually raping anyone anytime soon, I’m not going to address that further in any serious way after this intro. I also won’t make a joke out of it, though, and you can call me what you like for that.