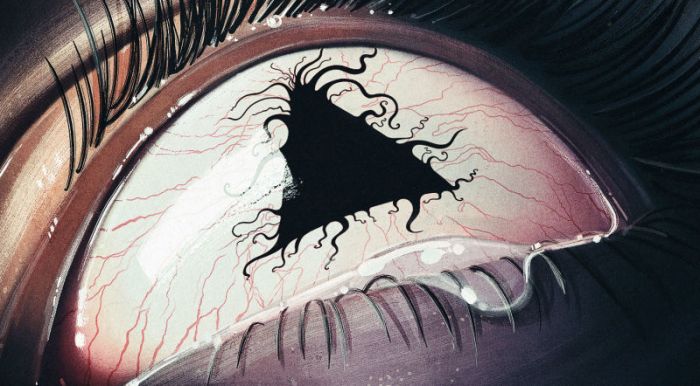 Okay, so I was genuinely worried about this one. I’ve waited a long time for it, and I knew it could go either way—as the last film with a similar throwback to practical creature effects at its core and such I got attached to didn’t live up to my expectations. I won’t be unkind, but even with the best intentions all around, it was very much a letdown.

So, I’m relieved to say that—while not without its flaws—The Void more than delivered in the arenas I was most concerned about—atmosphere, scares, and messy, gruesome practical effects I could take seriously.

The flaws weren’t even glaring. The performances were good to great—the main villain wins just for his frequent perfectly done voice work after a certain point. The mains were strong, and I really enjoyed the main deputy actor. I think he was maybe the guy who died in the shower in the first Final Destination, but I’d have to check—and that goes against the forced spontaneity of this mini-impressions review series, right? ha

Some of the writing is trope-y as was expected but rarely dipped into the painfully cliche.

Atmosphere was very pleasantly reminiscent of a few things for me. The shrouded cultists really gave their understated all as something like the almost-ghostly gang members in the original Assault on Precinct 13 and more than provided enough motivation for the characters to stay in the increasingly weirder hospital. Obviously there were elements of  The Thing‘s loving approach to amorphous nastiness, as was expected and more than paid off. Also, I really enjoyed a great sequence with maximum gore and creature showpieces, one of which reminded me—in a good way—of one of the main loping monstrosities in a personal favorite Lovecraft film adaptation, The Resurrected—directed by Dan “ALIEN” O’Bannon himself, and an adaptation of The Case of Charles Dexter Ward.

I’d make a Baskin comparison as well, but I think they were produced in parallel, so I don’t think there was any actual influence. Could be wrong, I know. Either way, being able to compare something to Baskin at all is a compliment, I feel.

Also, what seemed to be an homage to The Beyond, which I loved.

And last thing I’ll say since these are just for first impressions is that I was very happy with it and want to watch it again without the anxiety of is-this-going-to-be-good-at-all? in my head.

If you were attracted to this specifically for its practical effects, grimness, and loving, deliberate Lovecraft fondness, I think you could do a looot worse than The Void.

P.S. My wife Vv says it reminds her of Beyond the Black Rainbow, aesthetically.

P.P.P.S. Also a good thing to be comparable to, in my opinion-ation